The name Rogation Sunday comes from the Latin word meaning to ask for. On this Sunday each year the congregations of Crickhowell and Tretower are hosted by the people of Cwmdu. We go out into the churchyard and around the village, giving thanks and praise to God for his wonderful creation, and we pray for our fields and crops, the livestock and the people of our valley.

We didn’t venture into the fields this year as there were lots of lambs around, so we prayed at the gate for the livestock. They were bemused!

This service also includes licensing the church wardens and PCCs for all three churches. 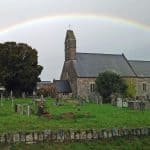 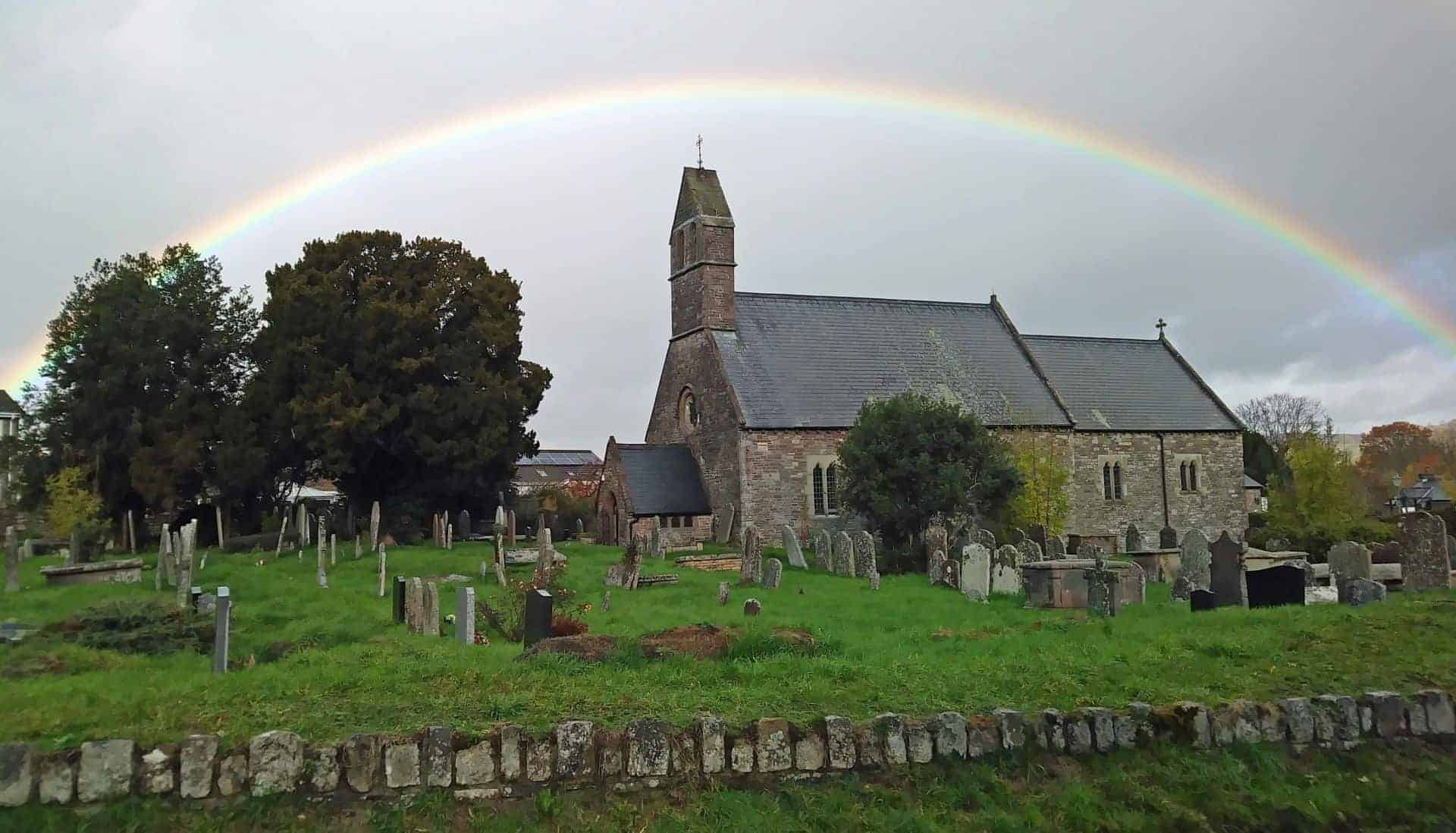 Services of remembrance were held throughout the ministry area, Remembrance Sunday this year coinciding exactly with the centenary of the 1918 armistice. Rain swept down the Usk valley that morning, hitting Llangynidr first and later on, the ceremony at the war memorial in Crickhowell. This photograph by Andrew Nummelin perfectly captures the rainbow above the church of Ss Cynidr & Mary in Llangynidr.

I have set my rainbow in the clouds, and it will be the sign of the covenant between me and the earth.Genesis 9:13 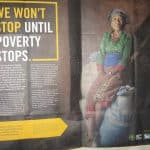 Yesterday evening St Elli’s joined nearly 500 other churches and organisations and 24,000 people to put on Tear Fund’s Big Quiz Night. £307 was raised at St Elli’s for Tear Fund. Many thanks to everyone who made this event such a success. 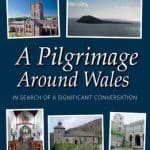 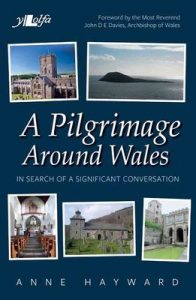 Anne Hayward’s new book has been published and is available from booksellers including our own Book-ish in Crickhowell.

She has recorded an interview with Roy Noble on BBC Radio Wales which you can listen to here (starting at 1:18:20).

Here’s what the press release said about the book:

In 2015 Anne Hayward spent three months as a pilgrim, travelling on foot to visit some of Wales’ holiest sites and carrying everything she needed to camp along the route. Her main objectives were four ancient places of pilgrimage – Holywell, Bardsey Island, St David’s and Llantwit Major – but she also visited numerous churches and other places of interest along the way.

In A Pilgrimage Around Wales she gives some of the history of those ancient places of pilgrimage and reflects on the spiritual experience of being a modern-day pilgrim. ‘I was very fortunate – ‘blessed’ is a more apt word, perhaps – to have been able to take time out of ordinary life in the spring and summer of 2015 to go on a pilgrimage around Wales. This book is a fruit of that pilgrimage,’ explained Anne.

‘Being on foot, and carrying quite a heavy pack for a small(ish) woman, was both liberating and constraining,’ said Anne, ‘What became increasingly clear during those three months was that my research prior to my walk had left me unprepared for the sheer joy of quietly discovering new places and the enormous sense of achievement that I felt each day. Often what was most overwhelming was the beauty of the ordinariness of many of my days.’

In the book, she also meditates upon the significant conversations she found herself sharing with the strangers she met along her path.

‘The subtitle of this book is In Search of a Significant Conversation, and its contents cause us to appreciate the conversations, random or otherwise, which peppered the author’s pilgrimage around Wales,’ said the Most Reverend John D E Davies, Bishop of Swansea &amp; Brecon and the Archbishop of Wales. ‘Unspoken or spoken, those conversations bring the places to life, and illuminate the faith which motivated the journey.’

‘“Camping here is my gift to you,” said one campsite owner to Anne on her tremendous pilgrimage, and this book is a real gift to us, with Anne’s thoughts reminding us of the vast riches we have in Wales in so many ways’ added the Revd Canon Ian Rees, Rector of Central Swansea.

Anne Hayward read History at Oxford University and went on to become a secondary school teacher. Over the last few years, she has walked thousands of miles to places of pilgrimage in Wales, Ireland, Brittany and England. She is a Reader in the Church in Wales and is involved as a licensed Lay Minister in her local church and the wider area. She lives in the Brecon Beacons, and has written articles for various local magazines and newspapers.